By Jim Turner, News Service of Florida
DeSantis wants lawmakers to double fines for sewage spills into waterways and lock an environmental-funding pledge into state budgets for at least the next three years. He says he'll also roll out more environmental proposals before the 2020 Fla. Legislature meets in Jan.

TALLAHASSEE, Fla. – Gov. Ron DeSantis wants lawmakers to double fines for sewage spills into waterways and lock an environmental-funding pledge into state budgets for at least the next three years.

The proposals are the first of a series the governor said he will make before the 2020 session of the Florida Legislature, which starts in January. However, lawmakers return to Tallahassee on Monday to hold committee meetings as they prepare for the session.

Doubling fines for sewage spills would eliminate what DeSantis described as a “slap me on the wrist” approach to penalizing local governments. Civil penalties are now up to $10,000 a day, DeSantis said during an appearance Wednesday at the Conservancy of Southwest Florida Nature Center in Naples.

“What we end up seeing happening is, you have some of these municipalities, it’s cheaper for them to pay a fine and spew all this sewage into the waterways, because it’s the cost of doing business,” DeSantis said. “They’d rather do that than invest in the infrastructure they need to make sure the waterways surrounding them are safe and clean.”

DeSantis noted, for example, spills that have occurred into Tampa Bay. 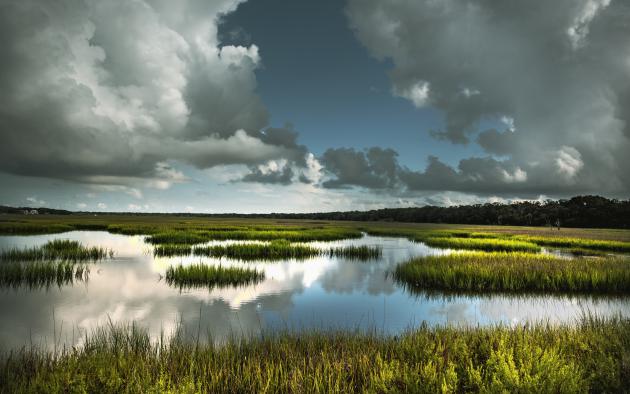 Rep. Randy Fine, R-Palm Bay, proposed a similar measure targeting spills during the 2019 legislative session. Fine’s proposal, aimed at Brevard County for a sewage spill into the Indian River Lagoon in 2017 that lasted 35 days, sought to impose a $2 fee for every gallon of raw sewage released. Fine’s proposal did not pass.

DeSantis also would like the Legislature to include $625 million per year over the next three annual state budgets for environmental projects. The amount would equal what he requested heading into the 2019 session and allow him to claim victory for his previously stated goal of $2.5 billion over four years in funding for the Everglades, natural springs, combating blue-green algae and red tide outbreaks, and carrying out other water projects.

That total would also represent a $1 billion increase over what the state spent over the previous four years under former Gov. Rick Scott, now a U.S. senator.

Noah Valenstein, secretary of the Department of Environmental Protection, said recurring funds would ensure ongoing efforts aren’t slowed by “a pause as you wait for more funding.”

Most of the money would continue to come from a 2014 voter-approved constitutional amendment that requires 33% of revenues from a tax on real-estate documentary stamps to go to land and water conservation. That money goes into what is known as the Land Acquisition Trust Fund.

With more than $906 million available from the trust fund for the current year, lawmakers at the end of the 2019 session repeatedly pointed to exceeding DeSantis’ environmental-spending request by about $55 million.

“Our character is defined by its waters, its rivers, the Everglades, that river of grass, the beaches. Water is central to who we are and what we are as a people,” Bradley said. “If we were to neglect those precious natural resources that God has given us, then the people of the state of Florida would be angry – and they would have a right to be.”

Bradley has in the past proposed using the trust fund money to increase funding for the restoration of the St. Johns River, its tributaries and the Keystone Heights lake region in North Florida, as well as the Florida Forever land-preservation program.