By Chad Gillis, Fort Myers News-Press
As part of a study on how toxic algae works on the human body, more air quality sensors were installed in Cape Coral, hit hard by a blue-green algae outbreak in 2018.

CAPE CORAL, Fla. – Researchers are studying how toxic algae works its way through the human body and they continue to set their sights on Southwest Florida. 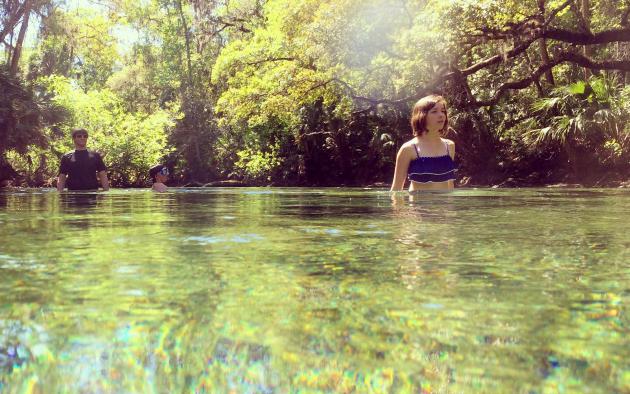 What’s the long-term health impact of red or blue-green algae blooms? Fla.’s Dept. of Health asked four state universities to find out and gave them $650K to do it.
Learn More
►

Their goal is to one day be able to predict blooms in the name of public safety.

Studies already suggest toxic blue-green algae gets into the nasal cavity and lungs of humans, and it's been found in urine samples as well.

Just what it does to the human body is unknown, although some experts have suggested it may be linked to neurological disorders.

"We just put out bulk air samplers for another baseline run," Parsons said. "The idea really is we need more data all together and we haven't seen cyanobacteria flare up yet (this year), but we're getting ready for wet season and temperatures will continue to warm up."

Parsons and others started monitoring air quality conditions late in 2018 to help set baseline conditions – how much of the toxin is naturally in the air – and compare those to bloom conditions.

If they can predict the bloom flare-ups, they can offer a warning system for people to avoid the area.

Blue-green algae has come to the forefront of environmental issues in recent years.

A large and particularly nasty bloom engulfed the east coast area after an El Nino wave dumped more than a foot of rain across the state during the middle of the dry season.

The 2018 bloom hit the west coast when blue-green algae started showing up on Lake Okeechobee that summer, then made its way into the Caloosahatchee River and estuary.

Conditions lasted for several months, and some people actually moved out of their houses to avoid the toxic air, particularly those with pre-existing health conditions that make them more prone to its impacts.

Water quality is a major issue for Southwest Florida and impacts this region in several ways.

When it goes bad, the local recreational and commercial fisheries can be shut down. The toxins appear to be a risk to the public, and a 2015 Florida Realtors report said property values by affected waterways in Lee and Martin counties – where Lake Okeechobee releases go on the east coast – could have been negatively impacted by as much as $1 billion over the study’s time frame.

Parsons said he hopes the research will one day lead to a system that detect blooms before they get too large in order to warn the public of the potential danger.

Calusa Waterkeeper John Cassani said the program is an important part of understanding a toxic water situation that we now know very little about.

"I would say that research on inhaling (toxic algae) is a critical thing now because you don't have to be in the water or really be near the water to experience health risks," Cassani said.

The sensors were installed in a canal network near Sun Splash water park and take measurements of the cyanobacteria. Similar devices found the toxin at FGCU's Bonita Springs location and at a Cape Coral home.

Parsons said the group will test people for the toxin again in June.

"It's really a matter of we don't know," Parsons said. "Is this a problem or not? If you have a bloom in your canal it's in the air, and there will probably be toxins in the air. Can our body take care of it or you need to leave for your best interest? And that's not comfortable for people."