Florida Realtors Real Estate Trends summit: The U.S. economy is doing quite well – and Fla.’s economy is doing even better, economic experts told more than 400 Realtors at the 2020 summit. Factors that fueled fears of a possible recession have mostly faded.

ORLANDO, Fla. – The U.S. economy continues to grow – and Florida’s economy is doing even better, outpacing the nation’s growth, according to economic experts who spoke to a crowd of more than 400 Realtors® at the 2020 Florida Real Estate Trends summit on Thursday during Florida Realtors Mid-Winter Business Meetings. 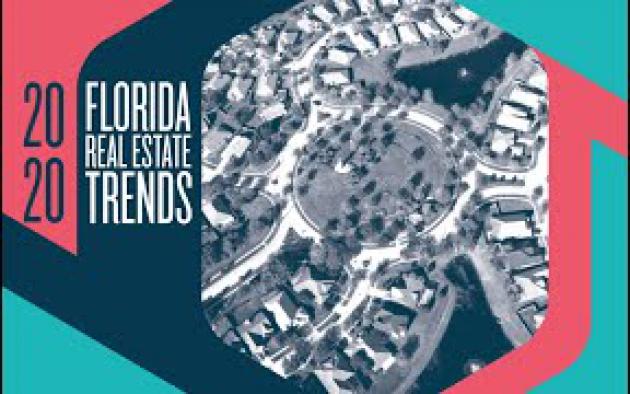 How will the economy and the Florida real estate market fare in the coming year?  Watch the Florida Real Estate Trends 2020 from Florida Realtors Mid-Winter Business Meetings.
Watch video
►

“We’re in the 11th year of the U.S. economic recovery – the longest economic recovery in U.S. history – and there are no indications that’s going to end any time soon,” said Dr. Sean Snaith, director of the University of Central Florida’s Institute for Economic Forecasting. “The national unemployment rate is 3.5%. The labor market is strong by virtually any measure: The number of available jobs exceeds the number of people seeking them and jobs growth is strong.”

While the factors that fueled fears of a possible recession in 2020 have mostly faded, Snaith pointed out one area to keep an eye on: the U.S. debt, which now exceeds $23 trillion. Despite the high deficit, however, the U.S. continues to get the highest possible ratings on American bonds. He said that while he’s concerned with the amount of the debt, it’s the government’s ability to service that debt that really matters.

Snaith cited the economic crisis in Greece (which began in 2008) as an example, noting the cause was the country’s inability to service its sovereign debt owed to the European Union (EU). To avoid default on the debt, the EU loaned Greece enough money to continue its payments; now the repayments for that bailout will take decades.

Providing an update on Florida’s residential real estate market, Florida Realtors Chief Economist Dr. Brad O’Connor agreed, and he anticipates a robust outlook for the state’s housing market. He noted that in-migration to Florida from other states remains strong, with the five top origin states being New York, Georgia, Virginia, Pennsylvania and New Jersey, respectively. In fact, that in-migration to the Sunshine State helped to drive increased home sales in 2018, picking up the pace from a 9% drop in home purchases in the state by international buyers.

“My final point: The median sales price still continues to rise, but looking at what the monthly mortgage payment is, that’s still a lot lower due to current historically low mortgage rates,” O’Connor said. “And that continues to drive sales and makes it a good time to buy.

According to Smale, the three main factors constraining the supply side of new house are: higher construction costs, which moderated slightly in 2019 but are expected to rise again in 2020; a shortage of labor – 2019 had the largest amount of construction job postings since the Great Recession; and a lack of available, affordable land supply.

“Far and away, for us, it’s land – land availability and all the intricacies involved with that,” Orosz said. “From our perspective, especially in Central Florida, what is holding back growth and the market is local land supply, impact fees and land costs.”

As a remodeler, Fess said they face a slightly different problem, and that’s finding in-fill lots in very developed areas or homes to remodel for clients who want a smaller “jewel-box” home that still has all the amenities and custom, high-end finishes.