By Lisa A. Beach for Florida Realtor magazine

While there’s no “one right way” for Realtors to use videos, adapting a unique approach can help you stand out from your competitors.

With video so prevalent in our daily lives, how can you tap into its power as an engaging, visual marketing tool?

As a Realtor, you can use video to inform buyers, drive sales, increase brand awareness and deliver key messages. When buyers and sellers go to your website, read a handful of blogs and watch a dozen videos, they feel like they already know you. Videos turn cold leads into warm ones, serving as a gentle introduction for your business.

“We use our media presence to help people recognize who we are,” says David Siddons of Douglas Elliman Real Estate in Coral Gables. “We created a video that highlights our core beliefs, what we stand for and how we separate ourselves from the pack.”

Read on to find out how four real estateprofessionals market themselves with video. 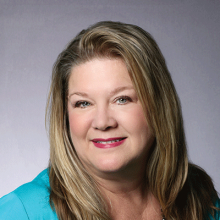 Idea: Add a dash of humor to a retro video

Success: When a mutual creative friend needed the perfect home to feature in a short film he was producing, he turned to Brenda Christian. Wanting to bring some levity to the surreal situation of living in quarantine, he told Christian about his concept—a pandemic spoof with 1950s styling—and she was all in.

The 55-second video featured a new homeowner nicknamed Quarantine Bill (outfitted in a hazmat suit) who was thriving in this “new normal” thanks to his recently purchased home. The home was an actual listing that Christian suggested—a 1950s property in South Seminole Heights that evoked that mid-century modern look.

“The film wasn’t done as a moneymaker for either of us,” Christian explains. “The intention was, we’re in a really weird place, and you can still buy a house.” The video garnered more than 5,000 views on YouTube and landed a feature article in Orlando Weekly, putting Christian and the filmmaker (Black Label Films) on the map. 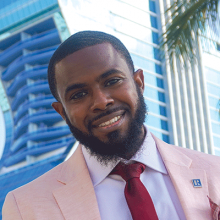 “We use no flyers, postcards or social media ads,” explains Bryan. “All we do is make videos, promote them and the calls come in. Most of my business comes from my videos.”

Bryan’s most popular video, “What It Takes to Be a Florida Real Estate Professional,” has garnered more than 10,000 views since it posted in 2019, with people drawn to his give-it-to-me-straight approach.

“I made the video that I was looking for when I was starting out,” Bryan says. His content focuses on reaching investors and training real estate agents. “If I put out content and answer frequently asked questions, then it should give people more confidence in me—especially because I’m younger. It’s a way to create my own first impression.”

Recently, his videos morphed into a podcast.

Realizing he needed to get microphones to improve his video’s sound quality, he decided to go all in and design a full creator studio. “If I need to buy something expensive, I find as many uses for it as possible so it’s worth the investment,” explains Bryan. He set the equipment up in his office and his podcast, Khalid Sold It, was born. 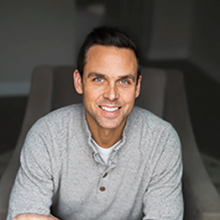 Idea: Shine the light on your community

Success: Chip James strives to produce one purposeful video a month to spotlight his Dayton community, showcasing the renaissance it is going through. The videos promote small businesses and highlight local resources and neighborhoods. “Video can show your emotional tie to the community and belief in it,” explains James.

He further demonstrates this through his Real Impact initiative to benefit local charities. Rather than a closing gift, James donates money to a cause close to his client’s heart. He created a video called “Real Estate. Real Impact.” With more than 800 views, he says the video has positively impacted his own business. “People already have a feeling of who I am when they meet me.”

He also produces a video series on Instagram called “Hey Chip,” which is both feel-good and informative. James answers FAQs and shares past clients’ stories of why they love to live in Dayton. “We’re not making movies here, but they should tell a story,” says James, who records his one- to two-minute videos on his phone. Over six weeks, James answered 50 questions in these videos. 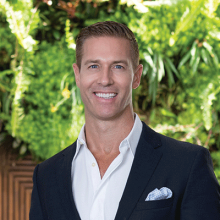 Tap the power of professional videos

Success: In 2012, David Siddons stood in a penthouse in Brickell, took out his iPhone, shot a video, and posted it on YouTube. One week later, he got a call from a buyer and closed the deal soon after.

“Clients then started coming to me,” says Siddons, who quickly recognized the value of video. “I moved from being no one in the office to the top producer in two years,” he says, with video being a big part in his success.

Siddons started creating regular content, including listing videos, explainers and market reports. Along the way, he hired a full-time videographer, who helped him produce a whopping 470 videos.

Siddons likens the process to a news program. “We come up with a story idea, like any news channel,” he explains. “When we produce our report videos, there’s a ticker tape running on the bottom of the screen, showing numbers for last quarter.”

To ensure viewers are more holistically educated, Siddons often includes interviews with other agents and experts such as immigration specialists and attorneys. He says, “We embrace the experts in other areas, including other brokerage houses.”

Ready to get started using video—or ramp up your existing video marketing efforts? Grab your smartphone, think of what your buyers and sellers want to know, and start answering their questions through video.

Lisa A. Beach is an Orlando-based freelance writer.