Real estate is all about building relationships and getting your name out there. These clever (and low-cost!) marketing ideas do both.

“People line up for Starbucks every morning, but the day they release the pumpkin spice latte, it’s special,” she says.

So, on that day, she says, “I buy $500 worth of $5 Starbucks gift cards and hand them out to people in the drive-through line. I put the gift card in a Starbucks cup along with my card and a ribbon.”

Last year, the cards were gone in an hour and a half, and, she says, “I got three deals out of it, so it was well worth the time and expense.” 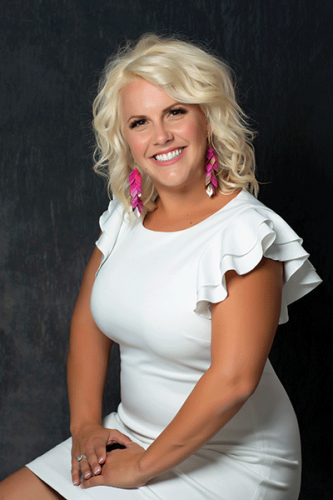 “As a single mom of two girls, success isn’t optional,” says Vogt, who’s been in the business for 10 years. “I’m a Disney kid and went through the Disney Institute which trains businesspeople how to offer Disney magic to their businesses,” she says. “I truly care about people and want to bring some magic to their lives, and, in return, they will see my contributions to the real estate industry and will use me to buy or sell their home.”

Here are some of her other promotions:

When she first joined her current brokerage two years ago, she filmed a Facebook Live video announcing her new office.

“I told people watching that if they came to visit me at the new office, I would buy them a frozen yogurt,” she says. “I had an agreement with the yogurt shop next door.”

She spent about $400 and added about 100 people to her database that day.

“This allowed me to engage with people in a fun way.”

When first starting out, Vogt wanted to do something special for the people in her database.

“I ordered branded birthday yard signs, and every night, I would put them in the yards of people who had birthdays the next day. I was doing about three yards a day,” she says. “People felt special and recognized, and it was fun.”

For Easter, she and her young daughters fill plastic eggs and “egg people’s yards.”

She has a sign that says, “You’ve been egged by your favorite real estate agent,” that includes her name and branding. “Anybody who’s in my sphere gets eggs,” she says.

“One of my favorite promotions is to go Grinching with the girls around Christmas. I have a super silly Grinch head and the girls dress up like Cindy Lou Who from Whoville,” says Vogt.

They ring doorbells and leave a basket of goodies such as the Grinch movie, stuffed animals or Grinch green baking goods depending on the household.

“I’m trying to keep it light and recognize that this is uncharted and very stressful,” she says.

One of her more successful events was a Taco Tuesday lunch for a local office staff.

“I did this pre-pandemic, but you can always have lunch sent to offices via Uber Eats,” says Vogt. She spent about $50 on taco fixings from Tijuana Flats and brought it to a local insurance office that had six employees. “Out of the six, I’ve had nine transactions with that group,” she says.

All of her events are promoted on her business Facebook page.

“I will do a Facebook Live talking about the event, and usually report live from the event as well,” she says.

Her broker, Robin Muzeka, says, “When people want to know her magic sauce for success, it’s an easy answer. She’s willing to get out there and do things. She’s engaging, fun and she does the things that others may feel uncomfortable doing.”