Need Listings? It's Time to Think Outside the Box

Low inventory means more competition for listings. It's time to try some new tactics. Here’s what some real estate agents are doing to stand out in this sellers' market.

Times are tough for homebuyers. No one knows this better than real estate agents. Amanda Siftar, a real estate agent with Smith & Associates Real Estate in Tampa, took her empathy with one of her buyers to the extreme: She bought a house for them. The surprising result was a big uptick in new listings. 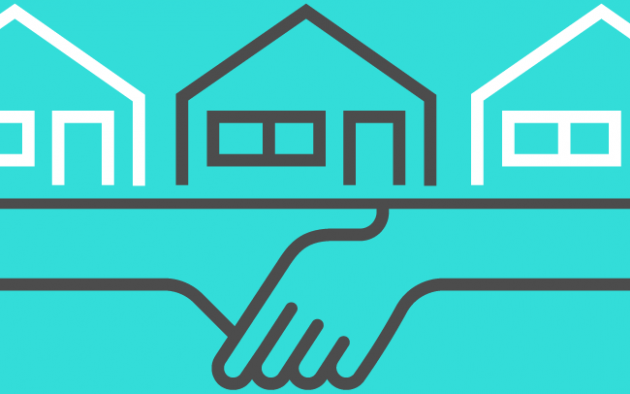 Homes are selling like crazy. It’s time to get creative. We’ve got some innovative ways to get listings—today!
Learn More
►

“These buyers had made 15 offers but lost out because they didn’t have cash to make a downpayment of more than 10%,” says Siftar. “I got together with another Realtor® and an investor, and we bought a house, upgraded the roof and then sold it back to the couple for no profit.”

After posting the story on Facebook, Siftar received about 30 referrals in a few days from agents around the country as well as locals. Many of the referrals were sellers.

While that may be an unusual way to get more listings, real estate agents need to be both creative and consistent to find more sellers to represent in this tight housing market. In many Florida markets, there is less than one month’s supply of single-family homes.

Here are 22 tips for increasing your listing pipeline:

If you want to build the listing side of your business, you may want to start with your buyers. “Many buyers have a home to sell, so I tell them if they have to sell first it’s easier to do it with me,” says Maria Nunez, a real estate agent with Compass in Orlando. Nunez, who buys leads from Zillow and advertises there, says some of her listings have come through her Zillow profile.

Builders can be a great referral source because their buyers often have a home to sell, says Craig Wilburn, a real estate agent with Keller Williams Realty in Gainesville. He’s developed relationships with many builders who will send potential listings his way.

Since neighbors often come by anyway, you may as well invite them to an open house. “It’s kind of quirky, but you can designate the first hour of an open house for ‘nosy neighbors’ to show them your marketing skills and what they might be able to get for their house,” says Nick Baldwin, co-founder of Lab Coat Agents based in Michigan. “Keep them in the loop with market stats and updates on when the house is pending and when it sells.”

Instead of trying to get listings all over the region, consider the benefits of drilling deeply into one neighborhood, says Michael Martinez, a real estate agent with ONE Sotheby’s International Realty in Coral Gables. “When I look at an appraisal report for the neighborhood where I live and work, I’ve sold or know well every comp on the report,” Martinez says. “Everyone in the neighborhood calls me when they’re ready to sell.”

Yes, you read that correctly. It may seem counterintuitive if you’re looking for listings, but Baldwin suggests that buyers may have a home to sell or friends with a property to sell. “The best seller leads are buyer leads,” says Baldwin.

To find people who may need to sell their homes, Wilburn recently partnered with someone who peruses tax records, code violation lists and utility cut-off notices. “We can offer to help them resolve their issues and potentially sell the home if that’s needed,” says Wilburn.

You can find listings by actively marketing an open house, knocking on doors and asking if they know anyone who’s thinking of selling in the next six months or a year, says Wilburn, who’s gotten three listings that way.

Siftar stays in touch via phone, texts and emails with a wide circle of friends and acquaintances about personal life rather than real estate. “I see a lot of posts on social media, and then I privately contact them to see how they’re doing or if there’s anything I can do to help,” says Siftar. “I let them bring up real estate if they want to rather than feel like I’m selling to them.”

9. Develop organic ties through your interests.

Martinez, a boater, is known for his knowledge of issues important to boaters such as the size boat you can keep at different locations, the distance to the ocean and the height of nearby bridges. People in the boating community send referrals his way because they know he understands this property niche.

Since few people answer their phones, Garry Creath, founder of The Paperless Agent in Austin, Texas, recommends sending a text message or a direct message on Facebook to say hello. “You can just tell them you’re thinking of them and would love to hear how they’re doing when they have a chance,” says Creath.

Everyone sends anniversary and birthday cards, says Baldwin, but you can stand out if you send a card for some small milestone you see on social media, such as a kid’s first touchdown. “You can use social media to learn more about people and make a deeper connection,” says Baldwin.

You may face competition or simply not find many recent expired listings, but listings that expired years ago could be low-hanging fruit, says Baldwin. “Those homeowners have gotten over getting lots of calls from agents and may be open to selling,” says Baldwin. “You come to them from a place of education and offer to send them some market information,” Baldwin says there are a variety of services, such as Espresso Agent and Landvoice that provide older expired listings.

13. Connect with lenders and lawyers.

Wilburn says he’s asked a probate attorney to refer him as an agent if any heirs want to sell a house they recently inherited. “I also ask lenders who are underwriting preapprovals to refer me to the buyers if they have a house to sell,” Wilburn says.

Use “omnipresent” marketing techniques to engage your customers where they are, says Creath. That can mean through videos or social media posts. Martinez says he uses print methods, such as postcards for older people and digital communication with younger clients.

Consistent communication with your sphere of influence should include relevant quality real estate information, not recipe cards and sports calendars, says Creath.

Wilburn uses a variety of phrases and techniques so he’s at the top of the list during a Google search for a prospective seller, such as using keyword phrases like “Sell My House in Gainesville.”

Siftar says she’s known for spending her own money to renovate and stage her listings, so she often receives referrals to sellers who need a little help prepping their home for the market.

18. Show off your knowledge on social media.

Nunez is active in a variety of Facebook groups where she comments and answers questions when people post about real estate. “It drives traffic to my Instagram page where I post about my daily life, then people develop a familiarity with me before we’ve even met,” says Nunez.

19. Take a long approach to FSBOs.

While today’s FSBOs may sell their homes quickly and be averse to real estate agents, Baldwin suggests offering to help them for free by hosting an open house or providing them with seller disclosure forms or marketing materials. “Even if they don’t decide to list with you, they may recommend you to a friend,” says Baldwin.

20. Remember, every house is for sale.

Sarah Reynolds of The Reynolds Team/EmpowerHome in Washington, D.C., trains her team members to view every house as a possible house for sale, not just the ones listed in the MLS. “If a buyer wants a specific neighborhood or even a specific house, look up the owner and talk to them. They may decide to sell when they realize how much equity they have or that they have an interested party.”

21. Rely on professionals for production.

Martinez says his seller clients appreciate that he uses professionals for his videos and photos to showcase listings, which makes them easier to share with a global audience. “Every property video tells a story. When homeowners see that, they want something similar for their own home,” says Martinez.

While it could be time-consuming, Baldwin says some agents have success finding rental properties that were previously listed for sale. “You don’t want to waste time contacting owners who want to keep their income properties, but some people are accidental landlords and may be open to selling now,” says Baldwin.