Skip to main content
Floridarealtors.org will be undergoing maintenance between 12:00 AM and 5:00 AM Wednesday, November 10th. Some tools may not be available. Form Simplicity will not be affected.
Press Release

ORLANDO, Fla. – When Keyla Escribano was 13 years old, she was introduced to the Hip-Hop culture and started breakdancing.

“I’ve always been a part of the community and it gave me an outlet – something better to do with my time than be on the street,” says the real estate agent with eXp Realty in Central Florida.

It was through breakdancing performances and competitions that she met twin sisters Cindy Foley and Candy Foelix, co-founders of the non-profit Child of this Culture, a non-profit that supports the growth of the breaking and Hip-Hop community through events, social activities and classes. There are four elements of the culture the group focuses on: breakdancing, DJ-ing, rapping and graffiti. 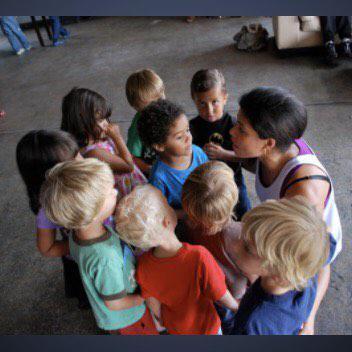 Woman with group of young children

“The idea is to teach kids dance and show them how to build their self-esteem and confidence,” says Escribano. “The founders asked me to get involved and I immediately signed up.”

Escribano started offering nutritional workshops for Child of this Culture at libraries around Central Florida “I volunteered at different events and competition to raise money,” she says. And, after Hurricane Marie devastated Puerto Rico, Escribano was part of a team that helped raise money to help residents rebuild and access solar power.

Then, the pandemic hit. She continued connecting with kids through Child of this Culture.

“During the lockdown, we shifted things and provided a space for the kids online to express themselves and compete virtually,” says Escribano. “To see the children online on Zoom dancing was when I realized the importance of what we do. It honestly brought me to tears because the kids needed nothing but their own bodies to dance in their space at home. It also helped the parents as they coped with everything. (Their children) had something to do. They had an outlet. They were having fun while our whole world was turned upside down.”

Escribano did something else during the month of lockdown – she started roller skating.

“A friend of mine, Lilivette Vasquez, also with eXp Realty in Central Florida, said, ‘I’m going to get some roller skates,’” says Escribano. Vasquez, a mentor to Escribano, talked her into getting skates as well. “Believe it or not, roller skates were trending on social media.”

The two started skating in the neighborhood every day. “It was a skate challenge.”

At the time of the interview, Escribano had skated 195 days straight. Not only did it get her noticed in her community, but it gave her an outlet at a stressful time.

She loved it so much, she decided to bring it to Child of this Culture.

“My friend was doing a Realtor skating event as a client appreciation event,” says Escribano. “I thought, why don’t we raise money for Child of this Culture?”

She notes that the skate culture is very similar to the breakdancing culture. So, they decided to bring together both at the event.

“The kids can compete, and we’ll raise money so that we can bring Child of this Culture dance schools to Florida,” Escribano explains. “The schools offer free breakdancing, art and music classes for kids. I would teach the nutrition, showing them how to make healthy smoothies. It’s really about giving kids a positive perspective of the hip-hop culture and educating them.”

The group wants to focus on communities that need attention and outreach, but the programs are for any children. “We want to open doors for kids to have a safe space to hang out,” she says.

“I’ve been dancing but am transitioning into fundraising,” she says.

In August, they hosted the skating event, which featured a raffle to raise money for Child of this Culture.

“We had a DJ and competitions. We plan to host the next one in Tampa and do this monthly,” she says. Not all the events will be tied to real estate. They plan to do open skates for the kids and families, as well.

When asked if she had a story of one child who impacted her, she says, “It’s so hard to think of one, because there are so many that we have positively impacted. We may not see the fruits until years later and most we won't even recognize because they grow up, but the seeds were planted. Many become business owners or go on to promote and organize their own events.”

To learn more about the organization, go to the Child of This Culture website.

Florida Realtors® serves as the voice for real estate in Florida. It provides programs, services, continuing education, research, and legislative representation to more than 200,000 members in 51 boards/associations. Florida Realtors® Newsroom website is available at floridarealtors.org/newsroom