A look at why YOU should become a major investor in Florida Realtors PAC, plus meet our 2018 Hall of Fame inductees.

The Florida Realtors Political Action Committee (PAC) Major Investors are industry professionals whose goal is to promote homeownership for all and to protect Realtors from burdensome regulations.

They know what it takes to get results that will help their bottom line, their industry and homeowners throughout the state. Their continued generous support opens doors to conversations with key leaders and helps elect candidates who are REALTOR CHAMPIONS.

If you believe in the concept that “you have to give to get,” then step up and become a Major Investor. Position yourself as a vocal leader in the industry, someone who truly is making a difference in Florida’s future and the real estate profession. Your investment empowers Florida Realtors and the PAC to act as vigilant advocates in Tallahassee for the real estate industry and homeownership.

There are many different options and levels with becoming a Major Investor: 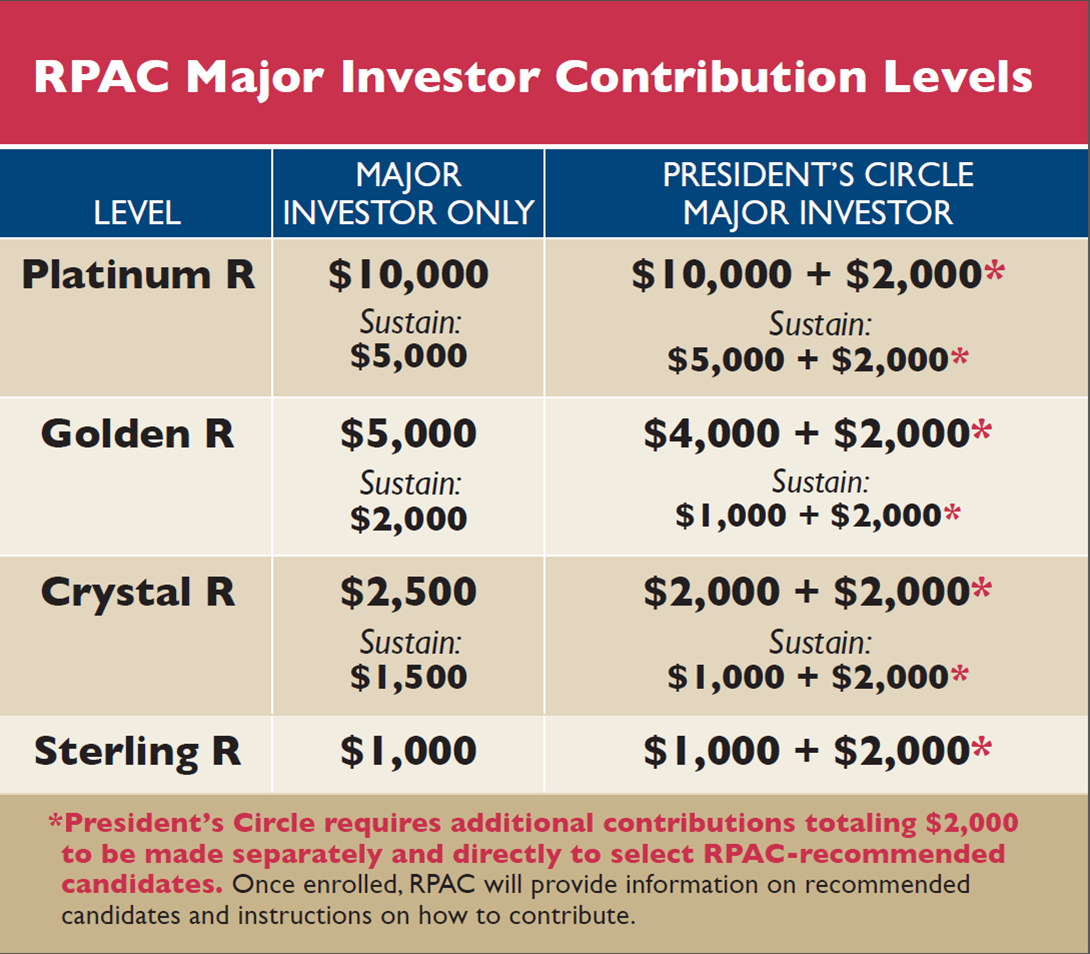 By being a Major Investor, you receive access to exclusive events at Florida Realtors conferences and at Great American Realtor Days. These events include great entertainment, new experiences, guest speakers that include elected officials, and more.

The Hall of Fame recognizes dedicated Realtors® whose RPAC investments total an aggregate of at least $25,000.

Members are recognized with a lapel pin, an inscription of their name on a plaque on the National Association of Realtors® Washington, D.C. building rooftop, and a plaque commemorating their support. The list below contains new Hall of Fame inductees and those who were recognized for moving up to the next level.

Since 1969, the Realtor Political Action Committee (RPAC) has promoted the election of REALTOR CHAMPIONS across the United States. The purpose of RPAC is clear: voluntary contributions made by Realtors are used to help elect candidates who understand and support their interests.

These are not members’ dues; this is money given freely by Realtors in recognition of the importance of the political process. The RPAC Committee and other political fundraising are the keys to protecting and promoting the real estate industry.