Sometimes even well-meaning agents sabotage a deal without knowing what went wrong. Here are some of the common culprits and how to solve them and find success.

You’re with out-of-town buyers and all seems to be going well. They tell you the type of home they want, but based on your experience, you think they would like a different type of home. The buyers quietly stop looking at homes, and you wonder why they disappeared.

If you want to close more transactions, avoid these six deadly behaviors that can cause your deal to flop.

At the recent industry event, Craig Wilburn, founder and team leader of Team Dynamo with Keller Williams Realty in Gainesville, described how he had both sides of a $700,000 transaction and lost it over a dispute about the couch. “We didn’t realize that the buyer stopped by the seller’s house after the house went under contract,” says Wilburn. During that visit, the seller promised to leave the couch for the buyer, but it was never added to the contract. Then, the inspection happened. “There were a bunch of things wrong with the house,” Wilburn says. “We had to negotiate and finally came up with a plan. Then, the buyer brought up the couch. The seller had given up so much that they wouldn’t agree to give up the couch.” 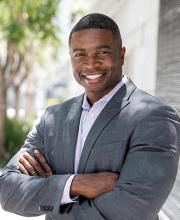 The lesson learned, says Wilburn, is to have a conversation with both the buyers and sellers upfront about not making any verbal promises to each other. “I usually tell my sellers not to promise anything to the buyer [unless it’s in the contract] because that can end in a misunderstanding,” he says.

While this situation was a one-off, Wilburn says it taught him an important lesson about getting to the closing smoothly.

One of the most important principles in real estate negotiation is, “Shut up and sell.” In other words, keep your opinions to yourself. This example illustrates how offering your opinion can cost you the transaction.

You’re showing your buyers a mid-century home that hasn’t been updated. You can tell they’re ready to write an offer until the listing agent talks about how great the house would be if only someone could “bring the property up to today’s standards.” The buyers get cold feet because they get mired in the details of how much work updating the property will take.

If you don’t know about the subject, refrain from acting like you do. One of the most egregious examples of this deal-killing behavior occurs when an agent advises his or her clients in a multiple-offer situation, “If you want the house, you will have to waive the inspection and the loan contingencies.”

These deals can easily fall apart when the appraisal doesn’t come in at the price the buyers offered, or if they fail to qualify with their lender. One potential result is that the agent could lose the deal and buyers could lose their earnest money deposit. Even worse? The seller could decide to sue the buyer and, if that happens, the brokerage is a likely addition in that lawsuit.

The gladiator approaches negotiations as a win-lose battle. Greg McDaniel, a partner with the McDaniel Callahan TEAM and co-host of the podcast and video series Real Estate Uncensored, talks about being on a multimillion-dollar listing appointment with a partner agent. Rather than listening to the sellers’ wants and needs, the other agent went to battle with the sellers over the price at which they should list the home. His combative attitude and need to be the winner of the negotiation cost them a $3.5 million deal.

My mother-in-law was a very successful broker-owner. My father-in-law used to describe her approach as “Seldom right, never in doubt.” Clients would tell her what type of house they wanted, and she would take them to see, “The house they were actually going to buy.”

What no one discussed was how many clients she lost because she was never in doubt about the fact she was always right. “Seldom right, never in doubt” behavior often shows up on listing appointments when agents tell the seller, “I’m the expert, and this is what your house is worth.”

Your role is to be a conduit of information who assists your buyers in achieving the best possible outcome from their sale. Don’t risk losing your client’s trust and the transaction.

A White Knight is an agent who tries to control the decision-making process for their customer. You know you’re dealing with a White Knight when the other agent says, “I would never let my clients take an offer that low!” or “There’s no way I would ever let my buyers agree to that contingency.”

You’re in a rush to get the offer written and contract signed, so you do a cursory check to ensure everything is filled in correctly, but you don’t take the time to check it well. Mistakes can kill deals.

Here’s an example: When the agent wrote the offer on the property, she transposed the numbers in the address. Her manager, the other agent and the escrow and title company did not pick up the error, and the wrong property was conveyed.

When this type of mistake occurs, the title insurance policy kicks in and unwinds the deal. The agents and their respective brokerages were sued and had to return their commission as well.

If you want to close more transactions, avoid these six deal-flopping behaviors. When one of your deals does flop, look for what went wrong, what you can do to prevent it and adjust so it never happens again. #

Bernice Ross, Ph.D., is the CEO and founder of RealEstateCoach.com.